PROVIDING  MISSION FLEXIBILITY WITH MAXIMUM SURVIVABILITY FOR CREW AND VEHICLE

The Samson Remote Weapon Stations (RWS) is a trusted partner for the most challenging missions requirements.

The Samson Mk I Remote Weapon Station is a dual-axis, gyro-stabilized remote-controlled weapon system (RWS) capable of mounting multiple weapons. The retractable, dual-sighted Mk I supports main and secondary armaments, including a 25mm to 30mm main gun and a 7.62mm coaxial machine gun, as well as an optional anti-tank guided missile launcher and smoke grenade launcher.

The Mk I is fully qualified to NATO standards and has beenoperationally deployed in combat zones worldwide. 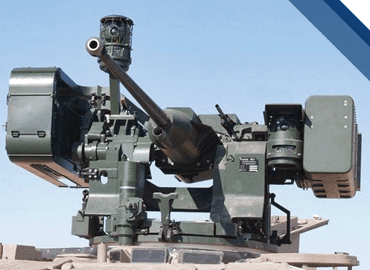 The Samson Mk I has performed under combat conditions with excellent feedback from users in the field.

The Samson Mk II enables forces to effectively engage with a range of firepower. The system supports main and secondary armaments, including a 25mm to 30mm main gun and a secondary 7.62mm coaxial machine gun with an optional 40mm grenade launcher. The proprietary in-hull reloading system boosts crew survivability, and the low silhouette enables the platform’s surfaces to easily accommodate protective armor, ranging from STANAG level one to four. 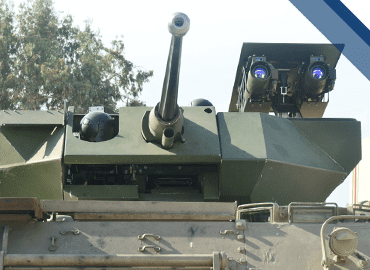 Providing forces with mission flexibility in both urban and open country scenarios with maximum survivability for the vehicle and crew.

Enhancing survivability for both crew and platform for the ultimate in
soldier protection.

The Samson Mini Combat Stablized Remote Weapon Station is a high performance single-weapon remote weapon station designed for use with light combat vehicles and fast attack platforms. The dual axis, gyro-stabilized Mini has a low center of gravity for stabilization, making it the ideal remote weapon station for maneuvering forces. Armament can range from a 5.56mm machine gun up to 40mm automatic grenade launcher with an optional smoke grenade launcher.

The system’s highly accurate target engagement, auto-tracking capabilities and stabilization enable superior performance under the most adverse conditions. In addition, the Samson Mini’s open architecture allows for the addition of effectors, sensors, tactical information systems and the use of customer furnished equipment for an effective battlefield response. 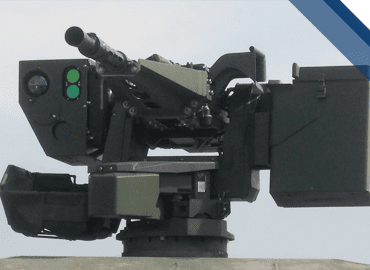 The Samson Dual remote weapon station is a robust system that can be mounted on a variety of wheeled ground platforms and tracked armored vehicles. The Samson Dual provides the simultaneous use of a wide range of main and secondary armaments as well as an optional anti-tank missile launcher, giving the Samson Dual significant capabilities for a multimission response.

The Mk II is lighter than manned turrets and does not require penetration into the vehicle hull, saving significant interior space. The proprietary in-hull reloading system provides reliable protection while enabling the crew to continue combat under armor for maximum lethality and survivability on the open battlefield and in close urban situations. 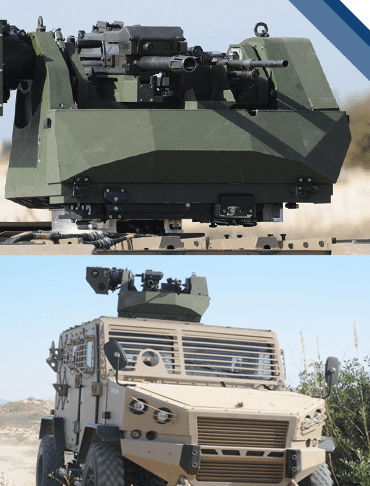