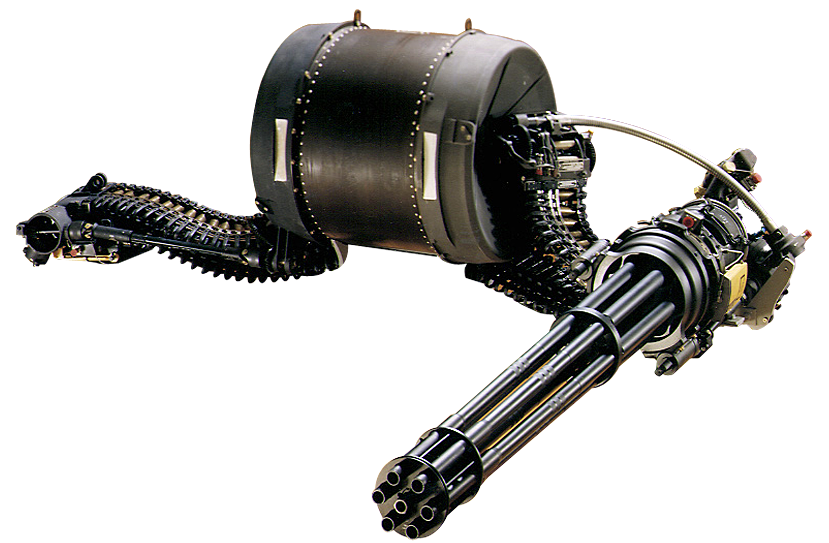 The F-16 20mm Gun System features the M61A1 six-barrel Gatling gun and a linkless ammunition feed system. The M61A1 provides up to 10 times the reliability of single-barrel guns, firing at 6,000 shots per minute and placing a controlled dispersion of projectiles in the path of the target. 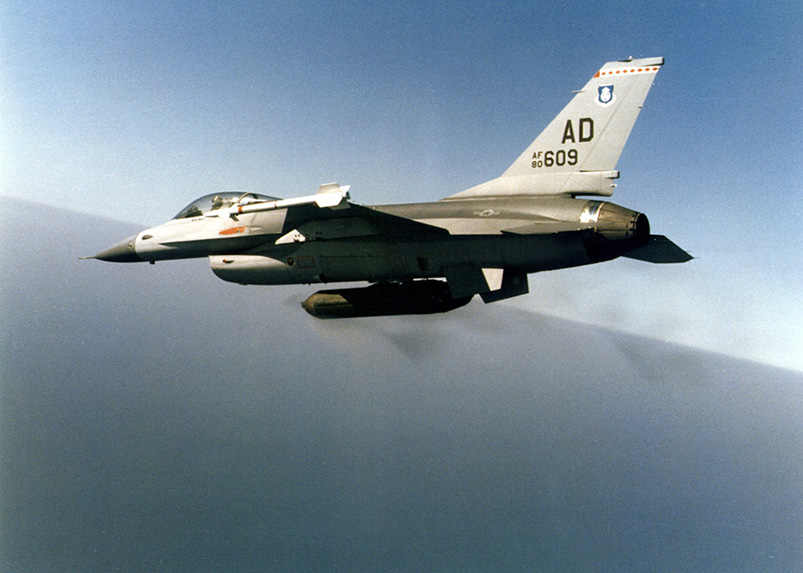