The 25mm GAU-22/A is an externally powered Gatling gun developed for both the internal and external F-35 gun systems. This four-barrel gun is a derivative of our highly successful five-barrel, 25mm GAU-12/U gun.

Each of the four gun barrels has a breech bolt assembly that fires once per gun revolution. This ensures long barrel and breech life by distributing the heat and firing forces over all four barrels and breech positions. Continuous rotary motion reduces the impact loads on gun components, extending parts life and resulting in extremely high gun reliability.

The GAU-22/A is over 40 pounds lighter and occupies 20 percent less volume than the comparably equipped 5-barrel counterpart. The demonstrated versatility, coupled with significant combat lethality, makes the GAU-22/A gun an ideal candidate for air, land and sea platforms. 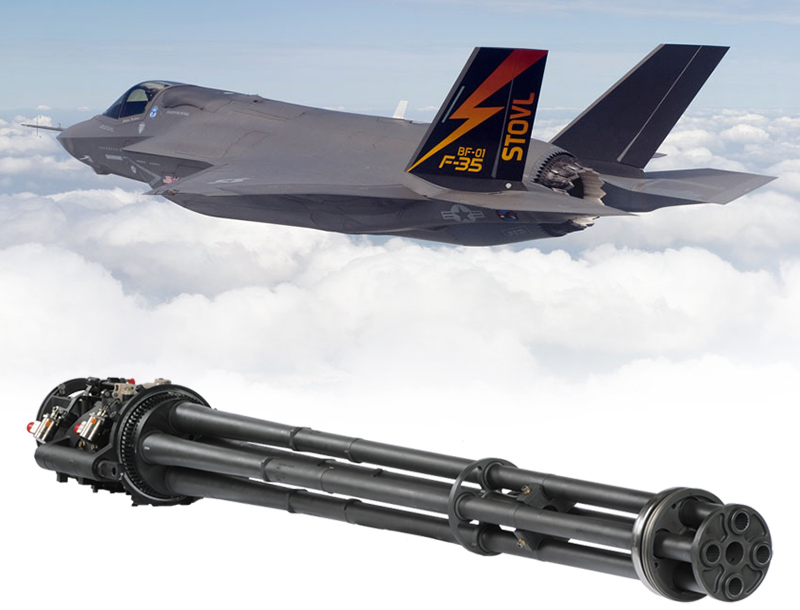 Lightweight, Versatile, and Lethal Firepower for the F-35 Lightning II